Sunday 5th May and Monday 6th May 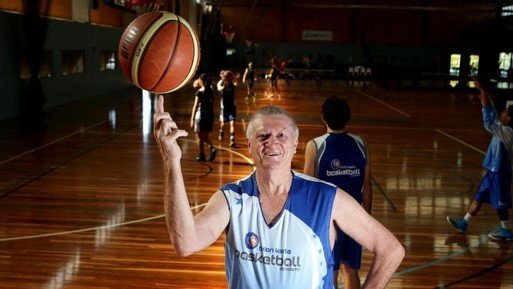 Brian Kerle has spent a lifetime playing basketball, and selecting and nurturing great talent. He coached 456 NBL games over 13 seasons, twice won Coach of the Year, won two successive NBL titles with St Kilda (1979 and 1980) and a fifth place at the World Club Championships (1981), took the Bullets to the 1984, 1986 and 1990 NBL grand finals and two championship titles (1985 and 1987). This is a record few coaches can match in NBL history.

He was Assistant Coach for the Australian Men’s Teams at a World Championship and Olympic Games and has been one of the most successful basketball coaches in Australian basketball. His contribution to the game at all levels has been profound, demonstrated by his induction into the NBL Hall of Fame in 2006.  Recently inducted to the Basketball Qld Hall of Fame.

Since leaving the competitive basketball scene, he has continued coaching in schools, clubs and coaching clinics throughout Queensland. He also worked at Sport and Recreation Queensland where he ran various sports programs including ‘Thanks Ref’ and ‘Deadly Sports’. Brian now combines the skills he learnt as a player, coach and business manager to developing excellence on and off the court through Brian Kerle Basketball Academy.