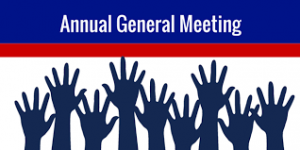 The Association’s Annual General Meeting will be conducted in the Stadium Clubroom at 5:45pm on 24 October 2019.  All members are invited to attend.

Nominations will be called for committee positions.  All positions are vacant.